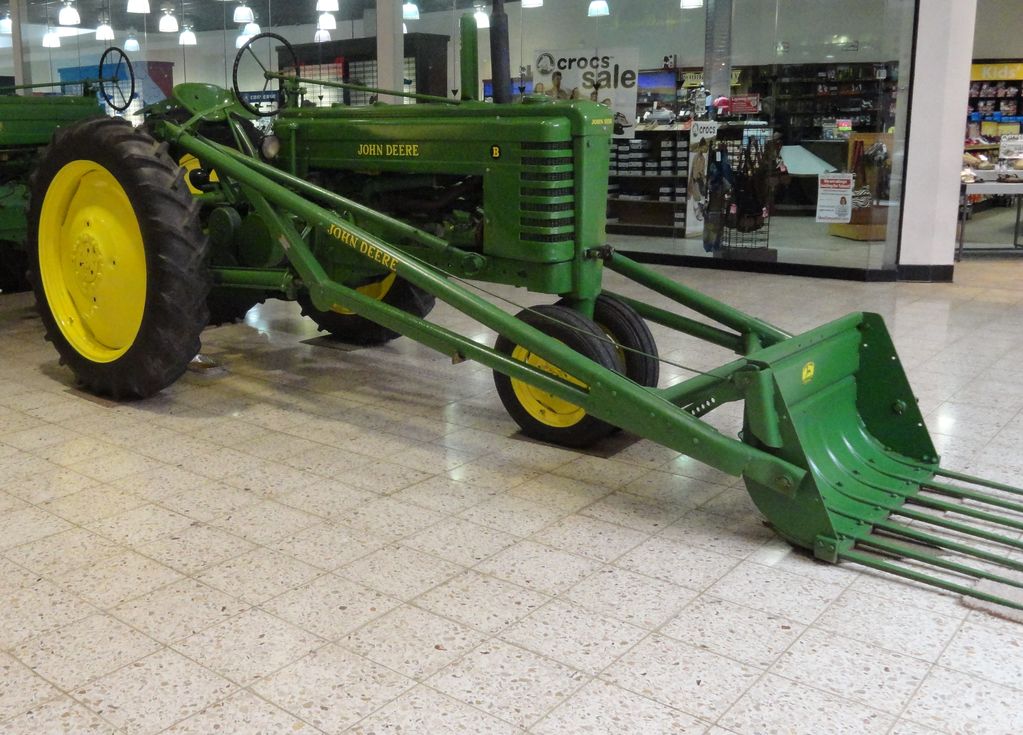 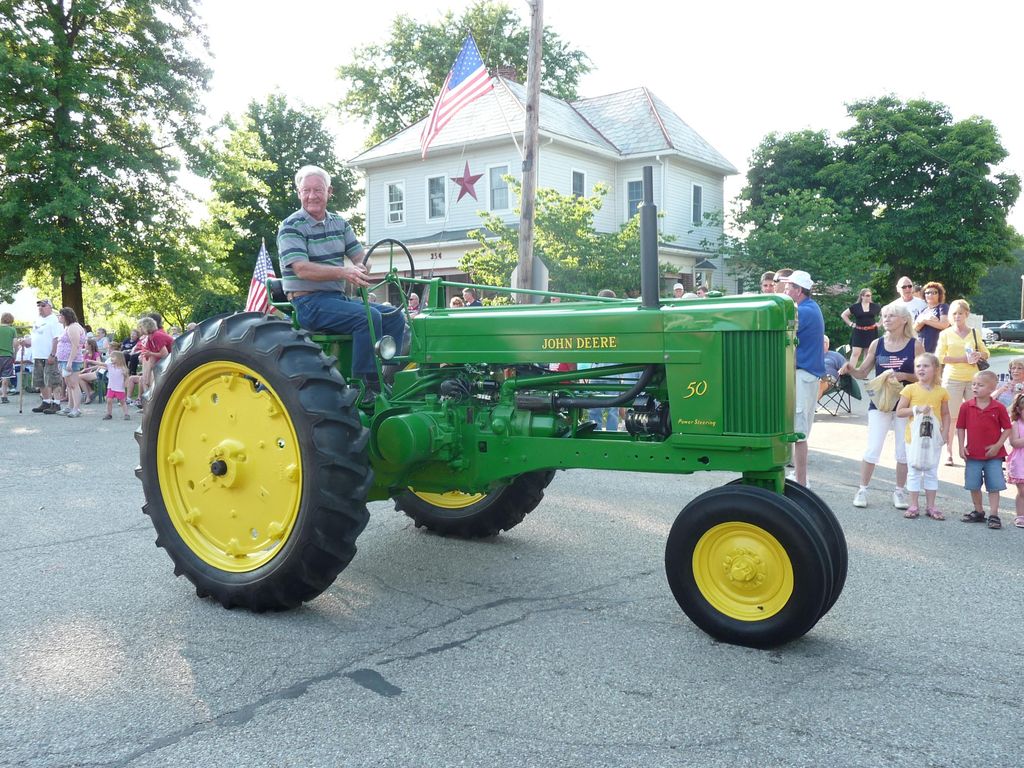 John Deere founded the company that bears his name in 1837, launching a line of cast-steel plows designed to replace the wood and iron plows in common use at the time.  The company expanded into the tractor industry in 1912 and purchased the manufacturers of the Waterloo Boy tractors in 1918. In 1923, JD launched the John Deere D tractor, which would continue in service for another thirty years.  The JD R was pioneer of the early letter series of John Deere's, which included the John Deere A in 1934, and the John Deere B in 1935, and the John Deere G in 1937.  The post-war era would see the launch of the John Deere M in 1947 and the John Deere R in 1949, featuring the first diesel engine in the line.  The early 1950s would witness the end of the letter series and the launch of a new numerical naming scheme, including the John Deere 40, 50, 60, 70, and 80. 1959 saw JD abandon its traditional two cylinder tractor designs, with the launch of the new six cylinder 8010 and 8020 series.  The 1010, 2010, 3010 and 4010 would follow the next year, by which time four and six cylinder models had replaced the earlier two cylinder tractors that had become a trademark of the brand.  The 1020, 2020, 3020, 4020 and 5020 would appear in the mid-1960s. The new models were wildly successful, and by the end of the decade John Deere would secure its place as the largest farm tractor company in the world.  John Deere remains the largest manufacturer of agricultural equipment to this day and one of the largest corporations in the world.

Phone 319-292-6126 Each John Deere Attractions Site is open to the public and completely free admission.

The John Deere Tractor & Museum is located on the west side of the TechWorks Campus, a 30-acre advanced manufacturing, innovation, and commercial center in downtown Waterloo, Iowa.

Do everything with a good heart and expect nothing
in return and you will never be disappointed.